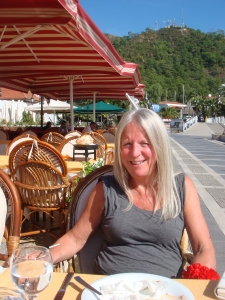 I have been writing since 1968 and have been published since 1970. I first started published Amazing Grace Poetry Magazine in the 1960's/70's, which became a highly acclaimed small press literary magazine which was published quarterly. I ran the Secret Books Press publishing Tom Rayworth, Allen Fisher and Paul Matthews.

I have always worked full time and have a background socio legal work.

Over the years I have had a number of books published and have also contributed widely to anthologies, some of which are listed.

I served on the Poetry Society Council in the troubled 1970s.

My poetry and prose utilises the skills used in my daily work as a Psychotherapist; listening carefully and closely to what people say and observing what they do. I use those forensic skills in writing. The Guardian newspaper article in 1996 described me as 'working with the casework fable -- a brilliant poet. What elevates the dramatic monologues above raw emotion to real art is Randell's ear for the way language reveals character.'

This recording was made by Steve Willey on 3 April 2009 at the Sound Archive at the British Library.

In July, 2006 composer Bill Connors responded to Songs for the Sleepless and composed a wonderful piece. This was performed as part of the Cardiff Festival 2006.

In 2013, a collaboration with the artist Catherine Jacobs was short listed for the Adrian Henri Prize.