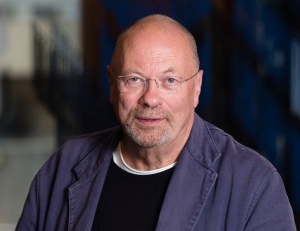 Ian Patterson was born in 1948. He read English at Pembroke College, Cambridge, graduating in 1969, after which he worked in and around Further Education for fifteen years, ran a second- hand book business for ten years, and translated books from French. Since 1999 he has been a Fellow in English of Queens’ College, Cambridge. A number of chapbooks and uncollected poems were gathered in Time to Get Here: Selected Poems 1969-2002 (Salt, 2003). His translation of Proust’s Finding Time Again was published by Penguin in 2004, and Guernica and Total War was published by Profile Books and Harvard University Press in 2007. Since then he has published The Glass Bell (Barque Press, 2009), Time Dust (Equipage, 2016), Still Life (Oystercatcher, 2016), Spare Rimes (Cambridge, 2017) and Bound to Be (Equipage, 2018). In 2017, he was awarded the Forward Prize for Best Single Poem for ‘The Plenty of Nothing’, an elegy for his late wife, Jenny Diski. He lives in Cambridge and is married to the writer Olivia Laing.

BY THE BANKS OF GRIM MARGIN

As I walked out on a glimmer of linnet chat
another branch of the unjust mingled with silence
at the front again don’t trust a writer in shades
of blue the last moments of a level blue glacier
by transit with them distant from himself with them
between himself as on that very first day. We used
to have a house he said that skimmed the surface of men
to condemn the last set piece in blue pencil. If words
that cut like steam were all spirit all in play why
arm the flesh, why lick the skirt in your hand in a
corner cut to pieces? Only so as to lie still again
as an old log dead and found fit to work some dream
suspended over script like payment for time saved
by the banks of grim margin. It must be the last day.

By the fringe we gaze through thyme and leaves
at nothing. I can’t see what thoughts look like this
not yet, on the side of this hill after the clouds
have disappeared, leaving nothing but lightness and bees.

I could imagine the problems solved with a little warm olive oil
before the next ones arrived, disguised as butterflies
with short attention spans, allegories of anxiety
coming and going across my field of vision and yours.

They sleep though. Everything else is alert, people even run
and I’m always surprised by you, often pleasantly.
Self-sufficient, more or less. Some of the memories
are orphans, left with no thread to link them across the system.

You know this is like justice, and you say so. Let’s hold it
there in the attic. At the edge of the woods a door opened
towards the south. It’s difficult to believe today
that there could ever be enough time to believe it all, ever.