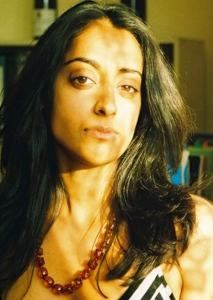 Sandeep Parmar was born in Nottingham but grew up in Southern California. In 2002 she did an MA in Creative Writing from UEA and her PhD was on the modernist poet Mina Loy's unpublished autobiographies. That book, The Autobiographies of Mina Loy: Myth of the Modern Woman (Bloomsbury) appeared in 2013. Her poetry collection, The Marble Orchard, appeared in 2012 from Shearsman and she is the Reviews Editor for The Wolf magazine. Her edition of the Collected Poems of Hope Mirrlees (Carcanet) came out in 2011 and she is currently writing a biography of the modernist poet and novelist Hope Mirrlees. Her next book of poems, The Eidolon, is forthcoming.