« Prev Author (Maggie O'Sullivan) | Next Author (Out to Lunch) » 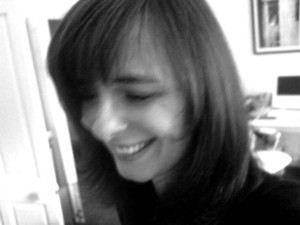 Redell Olsen was educated at university in Cambridge and London. Her publications include Book of The Fur (Cambridge: Rem Press, 2000), Secure Portable Space (Hastings: Reality Street, 2004), Here Are My Instructions (London: Gefn Press, 2004) and Punk Faun: a baroque pastel (London: Parataxis Editions, 2006). She is the editor of the internet journal How(2 and course director for the MA in Poetic Practice at Royal Holloway, University of London.

from Punk Faun: a baroque pastel

This recording was made at Crossing the Line, the Plough, Museum Street, London, on 7 October 2005.

from Punk Faun: a baroque pastel

"Secure Portable Space is full of recombinant surprise, filmic ambiguity and more: gripplingly melancholic and witty explorations of the lie/noir courage and absurdity of culture, politics and gender." Joan Retallack

« Prev Author (Maggie O'Sullivan) | Next Author (Out to Lunch) »