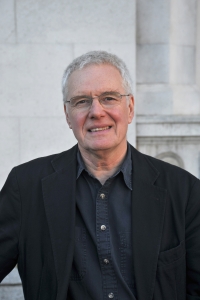 Author of 27 books of poetry, fiction and criticism, Tony Lopez was born in 1950 and grew up in Brixton, South London, where he was educated at local state schools. He began working as a freelance on short stories for newspapers and magazines in the early 1970s and published five crime and science fiction novels with New English Library between 1973 and 77, when he gave up writing fiction and went back to school. He attended the University of Essex (BA 1980) and Gonville & Caius College, University of Cambridge (PhD 1986). During the 1980s he made a series of performance art events that were staged in Cambridge, Liverpool, Edinburgh, London and Amsterdam.

His books include the book-length prose poem Only More So and a new edition of False Memory, both available from Shearsman. His poetry features in major anthologies including Twentieth-Century British and Irish Poetry (Oxford University Press), The New Concrete (Hayward Publishing), The Art of the Sonnet (Harvard University Press), Vanishing Points: New Modernist Poems (Salt), Other: British and Irish Poetry since 1970 (Wesleyan University Press), The Dark Would (Apple Pie), and Conductors of Chaos (Picador). He has received awards from the Society of Authors, the Wingate Foundation, the Arts & Humanities Research Council, and from Arts Council England. His criticism includes The Poetry of W.S. Graham (Edinburgh University Press, 1989) and Meaning Performance: Essays on Poetry (Salt, 2006).

He is well known as a poetry performer and has given readings throughout the UK, Europe and North America. He taught for many years at Plymouth University where he was appointed the first Professor of poetry in 2000 and Emeritus Professor in 2009. Since 2009 he has been making art of out words, working on public commissions with animators, programmers, stone carvers, neon and LCD fabricators, art printers and web designers to explore the possibilities of language display. Recent poems have appeared in Poetry (Chicago) and Blackbox Manifold.  He lives in Exmouth in Devon.

“Darwin, just out from Acts of Language, just might be the most beautiful book of poems ever written.” Ron Silliman, Silliman’s Blog, 15 July 2009

“The highlight of the exhibition has to be Tony Lopez's video which shows a screen full of electric calendars that flick between letters in sync to clicking audio. The flicking letters then stop out of sequence, spelling out uncanny sentences that sound like headlines, such as ‘Florida turned out to be a fine place for terrorists to train’ and ‘Three days in the Thames causes the whale to suffer dehydration’. Watching these letters fall into play is exciting and unpredictable.” --Harriet Dopson, One Stop Arts, 14 March 2013

“Lopez's writing, more than ever, engages with dystopian anxiety the grievous fictions of contemporaneity: it is beset and irked by its inexaustible material on every occasion, but by its denial to Lopez of his own voice, so fully has he read himself into and written himself out of it, genuine horror is forestalled.” --Andrew Crozier, Jacket

“A garden of Boccaccio attacked by chainsaws, or a Black Magic advert with a bloody ending: as if Baudrillard had invaded our lives far more deeply than we could have imagined.” --Douglas Oliver

“I've been engrossed in False Memory: the clean implacability of the style is arresting - and to a wretched Faustian like myself - even lovely. The world I see is very like the world I see in these poems, and there are many ways of registering being stunned. ‘Brought Forward’ is to me beyond praise.” --Jerome J McGann, Commonwealth Professor of English at the University of Virginia

“Tony Lopez's intricate sonnet sequence is called False Memory, a wonderfully deceptive title for no one 'remembers' better than Lopez, for whom everything that happens, that he reads about or witnesses, becomes grist for the poetic mill. These eleven sets of ten linked unrhymed sonnets are full of startling aperçus and unexpected wisdom. And yet nothing is obvious in Lopez's poetic universe, alternately commonsensical and surreal, down-to-earth and utterly fantastic. The book's 'casualness' is highly crafted and designed: one reads through the sequence without wanting to pause for breath, it's poetic premise being that 'deferred closure is our only chance of attendance / When we finally step out of the taxi and begin to play'.” Marjorie Perloff, Sadie Dernham Patek Professor of Humanities, Stanford University