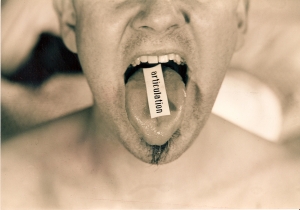 cris cheek: is a transdisciplinary poet-scholar, image maker and sound composer, born in London who apprenticed in the artist-led collectives of the punk and post-punk scenes. He is currently Director of Creative Writing at Miami University in south-west Ohio where he was the Altman Fellow in the Humanities Center 2011-12, co-initiating and co-organizing the symposium "Networks and Power" and the "Network Archaeology" conference. cris is an affiliate both of the Armstrong Interactive Media Studies and Comparative Media Studies programs at Miami. He emerged from the artist-led collectives and punk scenes in London in the mid 1970s, working alongside Bob Cobbing and a few other poets who became mentors, Bill Griffiths, Allen Fisher, Ulli Freer and Carlyle Reedy. Much of his work has explored the politics of collaborative and collective practice; as co-founder of Chisenhale Dance Space, in London's east end (1981). where he worked alongside Ghislaine Boddington with whom he started Shinkansen and co-curated the Voice Over festival (1990). Between 1983-2000 he worked in various text-sound combinations with Sianed Jones, including Slant (with sound artist Phillip Jeck). Following a field trip researching into forms of song poetry in south-west Magdagascar, he won a 1995 Sony Academy Gold Award for his radio program The Music of Madagascar. He taught performance writing at Dartington College of Arts during which time he made a substantive body of networked practice with Kirsten Lavers under the moniker TNWK (things not worth keeping 1998-2007). He was research fellow in Interdisciplinary Text from 2000-2002 at Dartington. Since then he has been making and showing works in spoken and projected text-sound, such as Limn, Impluperfections and the crowd-sourced piece for Remediating the Social b a c k l i t. His most recent books are the church, the school, the beer (Critical Documents, 2007) and part: short life housing (The Gig, 2009). Between 20011-13 he wrote more than six hundred and fifty short texts from which this set is drawn.