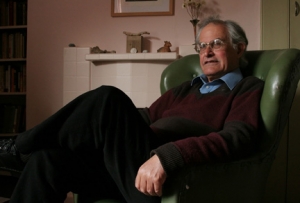 Born 1942, John Welch lives in Hackney in east London. His most recent collection, 'The Eastern Boroughs', appeared from Shearsman in April 2004. In the seventies he was involved with Wallpaper, a collaborative magazine founded by poet and performance artist Anthony Howell, which brought together work by poets, visual artists and musicians. In 1975 he founded 'The Many Press', a poetry publisher which over the next twenty years published many books, pamphlets and broadsheets. There was also a magazine 'The Many Review' devoted to criticism of new and recent poetry. A full list of the Press's output can be seen at shadoof.net. He contributed an article 'Dream and Restoration', on the subject of poetry and psychoanalysis, to 'Poets on Writing: Britain 1970-1991' edited by Denise Riley (Macmillan 1992) and since then other writings touching on his personal experience of psychoanalysis have appeared in 'The London Review of Books', 'Scintilla', 'fragmente' and elsewhere. Until his retirement in 1961 he worked as a teacher, mainly teaching 'English as a Second Language' in various East London schools. At the same time he helped run the South Asian Literature Society, an organisation that promoted interest in the literatures of the Indian Subcontinent, and he edited an anthology of Asian literature 'Stories from South Asia' (Oxford University Press 1984).

This recording was made on 4 December 2006, at a house in Stamford Hill, north London. Here I've included work from across my published collections, starting with my Anvil book which appeared in 1984 and including extracts from 'Visiting Exile', a text I am still working on.

"John Welch has been a significant figure since the early seventies . . . His own aptly named Many Press has published many well-designed pamphlets including several by contributors to 'A Various Art', and a series of his own, of which 'Erasures' is the most recent. His elective affinities are with the postmodernism of the New York and Cambridge schools . . . In the course of 'Out Walking' (Anvil 1984) Welch abandons the wary lucidity of 'Treaty' written in the late sixties for 'more consciously experimental writing' which can mean enthusiastic Ashbery pastiche -- 'Girlish doors over blue gilt ribs were a / Basis for shades to surge up embarrassed.' ('With a Sigh of Amazement, She'); however, for all the poet's anxiety to 'fend off meaning' ('Walking Out'), each poem contributes to a complex but well-founded interpretation of the collection as a whole. The avant-garde style has a personal rationale." James Keery, Grosseteste Review

"Over the last quarter of a century Welch has written with the cityscape of North-East London either as a backdrop or a dominant element in many of his poems. In these poems the minute particulars of London are observed and their potential meaning or the process by which they come to mean becomes the hinge on which the poem turns. Welch's poems continually revolve around not so much a one-to-one relationship with sign and meaning but the processes of gaining meaning." James Sutherland-Smith, PN Review

"The poems are constantly measuring a world and at the same time defamiliarising it . . . Under such circumstances it is not surprising that language 'is a scandal, and I'm its shadow / Walking into the future tense.' Subjectivity is a function of the script, of writing, not of any external, impositional self. In the more recent poems the, the verbal textures are more impacted, the language confidently abstract, yet riddled with a controlled synaesthesia. Thus even familiar social detail is suffused by a metaphysics of everyday life. 'The curtain of appearance is settling into / This sort of perpetual being-here.' A shadowy narrator is always promising to tell the reader a story, but is always frustrated by the paradoxical distance and closeness of an inscrutable world which would provide the fiction .. 'But the suburb is indecipherable / Entered at an acute angle suddenly.'" Robert Sheppard, PN Review.

"Welch makes poems like miniature clocks. They seem straightforward, until you examine them. One ends up examining his poems in the same way that he examines himself. You have the back open but are perplexed by the intricacies within. To know this motion you must unconsciously participate in it. This is a paradox and it holds the author and the reader within a charmed world. John Welch is a poet of gentle force; that paradox -- and the contradictions it contains -- provides his work with an apparently limitless depth." Andrew Jordan, Tenth Muse

"It needs to be said that if Welch does place himself, in these poems he doesn't dominate them to the exclusion of what is observed... If the poems are personal in their origin they soon show a high regard for the craft of poetry by moving into a general approach that makes them much more than a form of therapy or introverted exploration... Welch never forgets that the purpose of writing is to communicate." Jim Burns, Ambit