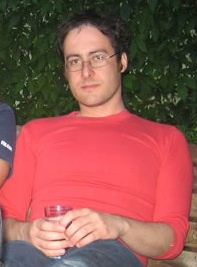 A recording of Keston reading The Clearing of Trafalgar Square 26 March 2011.

Translations of my poetry in:

"In a fast-moving, intelligent, visceral and sensual style, he considered what humanity, love and desire can be or become in a globalised and violently unjust world; the work seemed simultaneously hard-headed and impossibly tender. Sutherland's latest pamphlet, Neocosis explicitly addresses current events, their actors and their covert and overt effects.

... Within Sutherland's grotesque cabaret, we encounter many real-life characters, such as Roger Ailes, the genius of Republican-biased television since the Nixon era, now head of Fox; Albert Wohlstetter, advocate of precision bombing and limited nuclear war and Michael Levin, an NYU professor who advocates torture.

Sutherland's poetry is nearer to scratch video than heroic couplets, farcically remixing the conventional metaphors of political discussion, sampling bin Laden and the chatter of Fox-dominated radio frequencies and wrestling self-consciously with his vestigial literary options. It is ferociously complex; he is picking apart those awkward details and ideas that we don't often find in the media. But his poetry's questions - how to write about (and live within) a reality of money, massacre, media ownership, geopolitics and individual impotence - are clear enough. If you want to know what a committed but undogmatic poetry might look like in the era of Gitmo and Abu Ghraib, this is one place to start." --Robert Potts, "Life, remixed", Sunday February 12, 2006, The Observer

"I think it's quite a common experience for poets to realise, at some point in their lives, just how little of what moves them in the world actually finds its way into their poems. No matter how elastic your medium, a gulf opens between the things in your life that tend to become poems and the things that don't. If you accept this as a problem, there are two ways round it. You can choose to do something else, maybe write journalistically, in order to keep the space marked poetry uncorrupted. The alternative is to try to find hidden properties of the medium itself which allow it to transcend its acquired limitations. Keston Sutherland's medium has always been more elastic than most, but when I think of his new book Neocosis I'm reminded of the moment in William Burroughs' The Soft Machine where the protagonist walks in on an ether party with a lighted cigarette. Most drugs, like most foods, can be burned as well as digested: the chemistry's much the same, but the power, the energy transferred per unit of time, is vastly increased. Neocosis is cut from the same stuff as Keston's earlier poetry, but the interactions among its material parts are ramped up to a level where they become self-sustaining, at least partly beyond the author's control, drawing in and on an informed self, wired to every possible source and sink of information in a world where truth equals shit at the very moment when the elastic snaps, leaving us with a face full of spare ribs and throat gristle. It's one of the most astonishing collaborations of mind and material I've ever known. And so is Keston." --Peter Manson, Cambridge, 16 February 2006

"Somebody will always be opposed, -- how could Keston for instance set out in the course he has taken without expecting his poetry to be thoroughly loathed by unknown persons who feel delegated and reduced by it -- it positively courts such a reaction." --Peter Riley

'But seriously folks, if we are no longer to quite "suffer the privilege of being fully distracted," we are also failing more than ever to find ways to make the first person plural signify as an oppositional element. No plasticene plastique dabbler lacking all sense of consequnce, of the every day after, Keston Sutherland's rage is sublimated into direct representations of the endlessly attempted substitutions of the personal and its desires for--everything. Sutherland doesn't attempt to give us the real materials of the global economy, whatever the evidence might seem to suggest, but rather the infinite distortions which are our only access to it, and the errant, monstrously Gehry-like bits in which we might catch unanticipatable reflections: for Lear's five 'never's, Mincemeat Seesaw's six 'rapes.' Mike Scharf, quoted in Allodox blog, 10 September 2003

'This, then, is ethically driving and driven work; but also work at great play.' --Pete Smith, The Gig

'The lines move rapidly, sonic patterns sharply burst, and the pages burn in your hands as you read them.'--Carol Mirakove, Washington Review