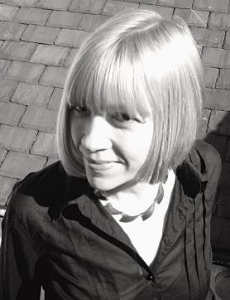 Zoë Skoulding has lived in north Wales since 1991, and is AHRC Research Fellow in the Creative and Performing Arts at Bangor University (2007-2012), researching poetry and city space. She also co-ordinates the university's part-time courses in literature and creative writing. Having launched the literary magazine Skald in 1994 (subsequently co-edited with Ian Davidson) she took up editorship of Poetry Wales in 2008. She is a member of the psychosonic-geography ensemble Parking Non-Stop, whose debut album Species Corridor was released in 2008.

'Remains of a Future City' was recorded live at the TRIP festival, Manchester on 21st June 2008 and at the Nødutgang festival, Bodø, Norway on 12 June 2008 and features field recordings and sound manipulation by Parking Non-Stop (Alan Holmes, Dewi Evans & Zoë Skoulding) with guests Ronny Wærnes and Lasse Jensen.

'Columns', 'From Mont Royal' and 'Undergrowth' were recorded at home in Menai Bridge on 26th July 2008.

From Remains of a Future City

On The Mirror Trade: "Many of these poems show a good eye for landscape, and an inclination towards imagery that delivers rather than being mere decoration." -- Tony Frazer in Shearsman

"From The Mirror Trade’s first pages, an intelligent and assured observer emerges from the poetry’s meticulous attention to the larger world,  its processes and histories...” -- Carrie Etter in New Welsh Review

On Remains of a Future City: "These are mesmerising and unsettling poems. In an unstable world, objects speak a language of constant change. There's a split-second balance; for now the slates hold. The language is, as it needs to be, spare, tough, elegant. Zoë Skoulding brings cool and penetrating insights to disrupt quotidian vision." -- Wendy Mulford