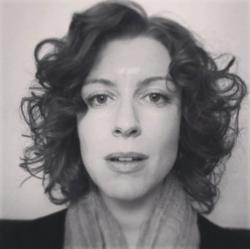 Born Toronto, Canada. A mixed-media writer whose research interests circle around collaborative, community-engaged practices. Kai holds an MPhil in Architecture and the Moving Image from Cambridge University [UK] -- and has worked as a Project-Assistant for the interdisciplinary consultancy General Public Agency, spent two years developing and facilitating cross-disciplinary writing workshops for the East-Side Educational Trust, and from 2006 to 2007 also taught as a visiting lecturer at Royal Holloway, University of London. She now currently lives and works in New York City as Director of Programs & Community Partnerships at the non-profit Free Arts NYC, and notes about her on-going projects can be found at www.orium.org. Manipulation in particular seems to play a significant role as a strategy of dealing with the world and assumed reality. [...] Manipulations and deceptions become guidelines in a pursuit of communication and a proper place -- but first of all -- they are instruments to investigate never-too-near-approached phenomenon of truth.
* Adam Budnek, for the 2005 International Biennale of Contemporary Art in Prague

the contemporary interior here short-circuits
alienation | sums Prague as this woman or
that woman browsing packaged hours | i.e., tram times
to plot arrivals | how this man quotes tourism
as asymmetric opportunity | their lives in ochre
chapped by the same, pale city | or costume
change | a time of day, say 6pm, undressing
its turnover with the command to ponder
regularlity | substance some moving thing
or metronome | their conversation, rhythm poaching
the page | like other countries, interrupting
as spectacle made norm by the universal
of cafe culture | junctured, caffeinated, common
grounds, the rhythm of human digits drilling
and dwelling | swigging, twiddling their high-
strung ways as a taut boredom | the preferred
mantra an elastic gainsaying i.e., how she overhears
'I was just traipsin' streets when...' and waxes
meaningful | falls prey to another sham
mayhem as stained glass lamps bearing fruit
indeed might break| her foreign prerogative
to evade even cross-cultural ruts by any
means | the vital act to fictionalise the local
as events | let loose the abstract, fatten
narrative, exaggerate, befuddle, fuck up
the line | we love this, she and I, for its schizophrenic
stealth | we, double-time, risk ethics through
meddling | spurn talk as ornament and aim
for the blunt and dusted buildings, their striations
and back-lighting | by proxy mark observation as a misfit
stalker | interlopers as postcards by Durex quoting
condoms as flying saucers| the clatter of wind-chimes
of panes of glass | reflective | proving our patronage
or my tiger of a t-shirt and foreign cheek bones
bunk presence as witness | a sigh of bloody
eureka and scribbling nicks the place