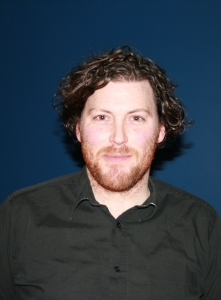 A text version of Acronyms was published in 2010 in issue 11 of the online magazine onedit, as a video artwork in the exhibition WRITING/EXHIBITION/PUBLICATION, and has had other incarnations in live performance. unmades is a sequence from Plants, published by Reality Street, and was featured on BBC Radio 3’s The Verb in 2011. Two Fat Boys came out from Knives Forks and Spoons in 2014 but was written in Copenhagen in 2004 and its style is indicative of my ongoing poetic interests. Subsequent to this recording stack was published by Carcanet in 2017. Other works of note, not recorded here, include A Dog & snow published in 2013 by zimZalla, a short story titled Changing Piece: An Epic Saga Against the Odds published by Dock Road Press, projects made with Simon Taylor as Joy as Tiresome Vandalism and a novel, co-written with Philip Terry, When Two are in Love or As I Came to Behind Frank’s Transporter published by Crater Press. I have also made some talk pieces which are available at Youtube - https://www.youtube.com/watch?v=lncpdY7JweU&t=19s. My work is chiefly concerned with minimalist and conceptual poetic practice. For over ten years I have run the poetry night and website The Other Room and edited the publishing house if p then q; previous to this I ran the poetry object press Matchbox. I became the 8th Surrey University Poet in Residence in 2017 and, for better or worse, I grew up in Clacton-on-Sea and now live in Manchester.

Recorded by Jesse Ashman at Queen Mary University of London on 31 January 2014.

Not written for Simon Christmas 2008

'This is brave and adventurous writing, but it's also intensely pleasurable, amusing, and vigorous.'--Colin Herd on Plants in 3 am Magazine

'Plants is what it feels like to be awake.' Tom Jenks on Plants in Bookmunch