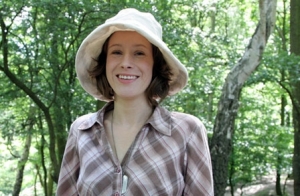 Born 1969 in Rangoon, Burma, where my father was working for the US Army; my family lived in Indonesia, the Philippines, Yemen and India before moving to Baltimore, Maryland shortly after Carter was elected and long lines at the gas pumps and feathered hair came into vogue. I am associate professor of creative writing at Miami University in Oxford, Ohio, where I live with my son. Books include My New Job, Macular Hole, and Miss America (all from Fence) and various pamphlets, including this one and this one from the Dusie kollektiv. PennSound has some audio recordings up and some poems are here and here. I edited a selection of previously unpublished poems by Barbara Guest for Chicago Review’s Guest issue. An online tribute that gathers writings on the late Leslie Scalapino, edited by Cara Benson, Elizabeth Benson and me, is here.

The last time I was anywhere
I enjoyed erotica made only of color
Fields placiding intramural
Composting or illegal downshifting
Of light and dark
Colors derailing
Out of view, behind
The station, acting intra.

Those colors were agents    From the Sun—

If everything is from the Sun why praise it.

I didn’t say I was praising.
One who makes odes is an odor.
Two who make odes are nearly perfume.

Some animal bothering the house, I won’t look, it is from the Sun.

I split the sun into parts when I look (whom praise for that?)

I don’t split the sun into as many parts as rock shrimp do (27-part
Color spectrum)
But I can try to see colors I can’t see, I don’t think a rock shrimp can
Try not to be angry not to be
A rock shrimp, I am angry about inequality and glad

Too, fuck me
Whacked the fly but only a piece of it!
The rest flew away!