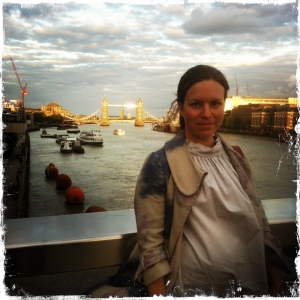 Born in Philadelphia, USA, 1974. Studied at Columbia University in New York and then at Cambridge University in the UK, where I wrote a PhD on seventeenth-century poetry. Now Professor of Poetry at Queen Mary, University of London.

I have given many public readings in the UK, Europe, the US and Canada, including at the Kootenay School of Writing in Vancouver; the Centre Internationale de Poésie Marseille; Poetry Hearings Berlin; the Foundation Louis Vuitton, Paris; and a reading tour of the rust belt USA in April 2007. The US tour was mounted in support of the recent special issue of Chicago Review (53.1) on New British Poetry, which focused on my work along with that of Chris Goode, Peter Manson, and Keston Sutherland. I have been invited to speak as an expert by the British Council, the BBC, the Arts Council, and the Poetry Society.  My work has been translated into Finnish, French, German, Greek, Spanish, Slovene, and Slovak.

I was interviewed by Andrew Duncan for The Argotist website and by Sarah Howe at praccrit. With Keston Sutherland I run the small press Barque which specialises in contemporary English language poetry.

I am the Director of the "Archive of the Now." I discussed the Archive with Rosheen Brennan in an interview for How2.

The following recording was made at the Cambridge Women's Experimental Poetry festival, held 6-8 October 2006 in Cambridge, UK and organised by Emily Critchley and Catherine Brown.

Most of this recording was made at Crossing the Line, the Plough, Museum Street, London, on 7 October 2005.

This performance was given at Miami University of Ohio on 8 September 2007 and recorded by Justin Katko, and is hosted through his website Meshworks.  It was part of the Chicago Review tour; Keston Sutherland and Peter Manson also performed.

In the clearing smoke scours
the photographs, hiding the animal
labour which moves insects and their
information all over the face of the earth.
I arrive in kind by light rail
transport rough and undependable, rocking
sideways with a peg of metal to make
it ring eratogenically like spraypaint in a cylinder.
And get my tag up on the boundary stone.
Apprentice to the art of uniforms.
Off the peg on the make, ashamed to be
at ease among gillyflowers where I toss
suffering to be carried back by animals,
the cabbage moth, the ordinary bee.

Chances start out anthological, and are re-
distributed by rationing, for loss looks better
and is altogether better an ethic.  I am
who ties together the navigation menu
all the compassed interests of Variety
all three corners of the fading earth.

Watch all day the screen in ratio, facing
its light and movement with more affect
and concentration than the branching
face of a lover, as these spaces slip into degrees.

Two move abreast the loan of specificity
keeping an eye on the melancholic
hourglass, poised beside the leftward arrow,
of the machine asking us to wait some more.

We share one hope, and it infuses even
the green-lipped mussel we eat sickly, and the curl
of green-fringing kale. It bolts up the sky
and our assertion that there will be a future
clearing the smoke swings from its rootless peg.
That the blood will root, and take turns
through all the living work done on the earth
to divide and return to us intact. Ours is
the most abstract, and furthest from the truth.