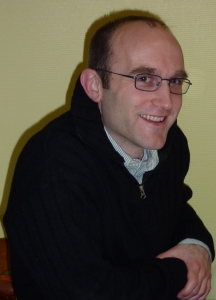 Tom Jones teaches English literature at the University of St Andrews. His academic work emphasises the contribution poetry can make to philosophical and linguistic understandings of language, and focuses on the first half of the eighteenth century, and the second half of the twentieth century. He has given readings in Brighton, London, Cambridge and Glasgow, and had poems published in Blackbox Manifold Transcript, Quid and Prague Literary Review.

the way it's used

you want next door