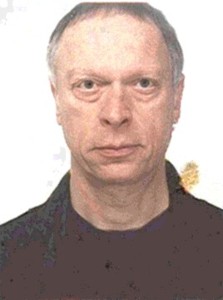 First published by Eric Mottram in the Poetry Review, winter 1972-73 issue, Adrian Clarke resurfaced in the mid 80s with two collections from Paul Brown's Actual Size press. Then began a long association with Bob Cobbing and Writers Forum which included co-editing And magazine from 1994. He also co-edited Floating Capital -- new poets from London with Robert Sheppard in 1991. Fom 1986-91 he performed as StrèsS with poet and musician Virginia Firnberg. Since Cobbing's death in 2002 he has been running Writers Forum jointly with Lawrence Upton. Scattered critical pieces over this period have earmarked items for a loose-leaf manual of literary guerrilla tactics, whilst seeking not to compromise the instinct that led him approvingly to condense some remarks of Clark Coolidge to "About is not to the point".

This recording was made on 6 March 2006, at a house in Stamford Hill, north London.

from SKELETON SONNETS
for Arundhati Roy

Peter Riley: If poetry were an actual power on the earth wouldn't it be interested in collaborating with global commerce for ethical ends?

gorged on satire
whose tongue's in your cheek?
Which one's the butcher
which one the steak?

" ... whether flesh be bread,
or bread be flesh ... "
- Difference in opinions
from the corpse's mouth

"Clarke's poetry is dizzying in its momentum, constantly shifting linguistic focus with a stream of constant attention to contour (line) as outer edge of a probing, probational activity..."--Charles Bernstein

"At moments Clarke appears to be replacing the reviewer. This style can't be impersonal, because it's very easy to recognise poetry as Clarke's - athletic, speed-obsessed, agnostic, covered with dark gloss, scornful, low-affect - when set beside that produced by similar generative and exclusive rules..."--Andrew Duncan